Tail docking or “bobbing” refers to an elective surgery in which the whole or part of a dog’s tail is removed. It is usually performed in puppies aged between 2 and 5 days. Dog tail docking is banned in some countries such as Australia and remains highly controversial, but still practiced, in others. Here is a comprehensive discussion of tail docking in dogs.

Why Are Dogs’ Tails Docked?

With so much controversy, with veterinary professionals and associations arguing against the surgical practice, one is left to wonder, “Why do people dock dogs’ tails in the first place?”

In ancient times, dog tail docking was seen as a way to prevent rabies contraction but that claim was later nullified. The working dog with tails was at one point taxed in the UK and many dogs were docked to save on this tax. This tax was scrapped in the late 18th century.

Even then, tail docking continued to be rampant among dog breeders and owners and still persists in some countries today for several alleged reasons including:

The first argument advanced to justify dog tail docking is that hunting dogs and herding dogs may injure the tips of the tail from abrasion and other injury while running through dense underbrush and thickets. They may also in collect foxtail and burrs, leading to pain and even infections. Dog tail docking is proposed as a way to eliminate these risks.

Working dog breeds such as Terriers and Spaniels are docked for this reason. Terriers that are bred for hunting purposes e.g. fox control also have their tails docked to facilitate easy movement in the confined undergrowth.

Advocates of tail docking in dogs further argue that even non-working dogs that wag their tails a lot could be susceptible to tail injury, even at home.

Enthusiasts of dog tail docking also argue that working dog breeds with long hair and thick coats such as Yorkshire terrier, Old English sheepdog, etc. tend to get more soiled as the hair surrounding the base of the tail collect feces and debris.

Tail docking procedure is usually carried out without anesthesia. When performed by a vet, surgical scissors are commonly used to cut the tail off to the desired length. Stitching is generally not required but may occasionally be used, particularly for larger dog breeds.

When performed by dog breeders, a method referred to as “banding” is generally used to dock puppy’s tails. This makes use of a rubber ligature (an orthodontic band) to cut off blood supply to the tail, ultimately leading to its falling off. The tail typically falls off within 3 days after tying it. More and more veterinarian are using the banding method, especially in the UK, notes the UK Council of Docked Breeds.

The ideal length of the final docked tail varies depending on the breed. It is often indicated in the breed standard.

Dog tail docking is done at the age of 2-5 days. Proponents of the procedure say that at this age, the puppies’ nervous system is not yet fully developed. This then leads to the argument that the procedure causes no pain. The Royal Society for Prevention of Cruelty to Animals (RSPCA) however disagrees with this argument saying that the dog’s basic nervous system is full-fledged at birth and puppies are as sensitive to pain as their adult counterparts.

The shrieking sound given by puppies when the tail is chopped off and during stitching is an indication of pain during the procedure, says the RSPCA. The dog may also feel pain as the sound heals due to damage and inflammation of the severed tissues.

A section of dog tail docking proponents counter this argument saying that although the procedure surely causes pain, the puppy isn’t yet fully alert at less than 5 days of age and will thus not remember the pain. The RSPCA and indeed most veterinary medicine associations don’t buy into this argument, instead of maintaining their stand that tail docking is an “unnecessary procedure”.

Overall, the subject of docking in dogs remains controversial with advocates of the same seeing no ground for its banning. The American Kennel Club (AKC), for example, says that docking helps to define and preserve breed standards.

Opponents such as the American Veterinary Medical Association however discourages not only docking but also ear cropping. These procedure are only used for cosmetic purposes, that is, to “give a dog a certain look” while subjecting the dog to unnecessary risks as Emily Patterson-Kane, PhD, an animal welfare scientist at the American Veterinary Medical Association (AVMA) says.

Dog tail docking is illegal in the UK, Australia and other parts of Europe but remains unregulated – albeit controversial – in most parts of the U.S.

When Tail Docking In Dogs May Be Legal

Even in countries and areas of jurisdiction where dog tail docking is illegal, there are numerous exceptions when tail docking may be permissible by law. These include:

Some dog breeds are so commonly docked that docking appears natural to them. These tend to fall within the Terrier and Spaniel category. The list below includes some of them:

Some dogs may also have naturally “docked” tails. This is usually attributed to a genetic mutation that causes some puppies to be born with short tails.

Pictures of Dogs with docked tails

The photos below portrays dogs with docked tails: 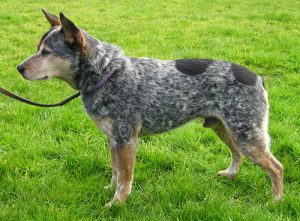 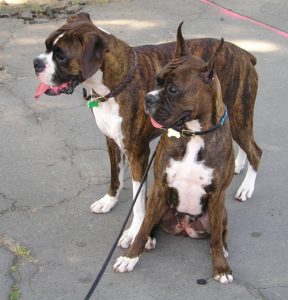 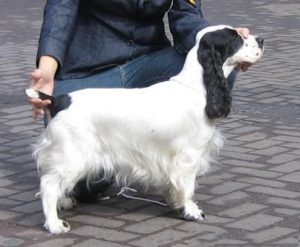 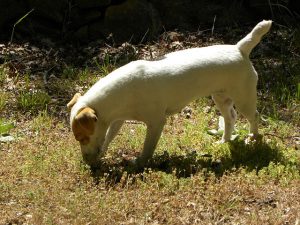 If you still feel that you want to go ahead and dock your new canine friend, this question may then follow in your mind: how much does dog tail docking cost?

The price for tail docking varies widely depending on the method used, location and other factors. On average you can expect to pay anything between $5 and $50 per puppy docked. You may also incur an additional office visit cost. Don’t be surprised though if the vet you go to refuses to dock your puppy.

For dog tail docking that is done to older dogs for medical reasons, which are more correctly referred to as dog tail amputation, the cost is usually higher and can cost as much as $500.

Before you dock your dog for whatever reason, check that it is not illegal to do so in your country.