Once we make the wise decision to castrate our dog we can be overwhelmed with doubts about the best age to do so. Surely, they have given us many versions we have heard all kinds of assumptions and experiences that can sometimes confuse us, instead of guiding us. We will try to explain, with pros and cons. What the best age to castrate a dog bitch is and what result we can expect depending on the moment in which it is submitted to the intervention. 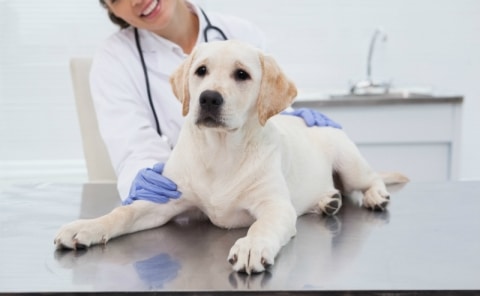 The race and the best age to castrate a dog

Since we will refer to castration before the first zeal, we will try to limit that interval of time, although as it is already advanced, the race influences a lot. At 6 months of age, very generally and without entering races, there are still no waves in bitches. Since before ovulation there are always “attempts” that become more intense in the case of females, until Ovulation is triggered, when one of those attempts succeeds.

In males, it is somewhat more complicated to define it in the absence of zeal but the expression of sexual maturity is used when it begins to be fertile. We deduce it by secondary behaviors like marking territory with urine to raise the paw to urinate, to mount females. We could agree that the 6-9 months is a reasonable age to not find us still with the “puberty” in dogs.

How does the breed influence the ideal age to castrate a dog?

Although all are of the same species, there is much difference between a Chihuahua for example, and a Neapolitan mastiff. To continue with the comparison, if we have two females of these races, the first will enter, as a rule, much earlier in zeal than the second. Everything is accelerated the smaller the size of the race: heart rate, respiratory rate, metabolism, digestion and the beginning of reproductive life.

Thus, smaller races tend to be more precocious in reaching sexual maturity. However, many other things besides race, such as the environment, genetics, feeding, the presence of nearby stimuli such as a male dog, influence others. We can find Yorkshire breed bitches with their first zeal at 5 months, and bitches of breed Bordeaux bulldog in which does not appear until they reach the year of age, being much more complicated than being upside down.

That is why it is difficult to talk about what months are going to present zeal in the dog, or fertility if it is male dogs. As each race is a world even there are bitches that only have an annual zeal, and is normal and each dog in particular, a continent. In predicting, the age at which zeal will appear becomes an almost impossible mission.

The best age to castrate a bitch

To briefly discuss it, let’s enumerate the advantages and disadvantages of castrating our dog before the first zeal, so we can compare them with those of doing it after several jealousy: