We all love our pets and would not mind sharing our sweet indulgences with them. However, there are certain human foods that are poisonous to dogs. Below we explore various foods toxic to dogs and what to do in case of poisoning.

It is in their nature to explore with their mouth. If left unwatched, it is possible for your lovely pooch to find and ingest things it shouldn’t. At times, you may not even realize what is ailing your dog. To help you always be alert and on the lookout, we have compiled various foods toxic to dogs. These include common human foods toxic to dogs, fruits, and vegetables. 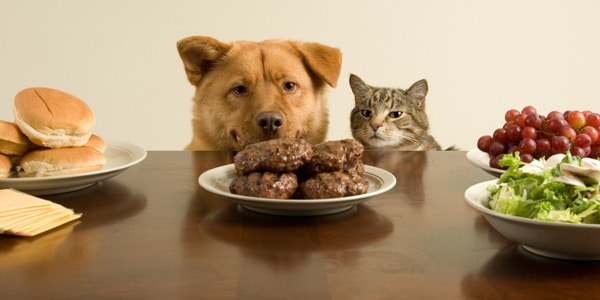 In this part, we explore various foods that may appear harmless but which your dog should not be allowed to eat.

In the event that your dog ingests chocolate, it is important to make an emergency call to your vet. They will evaluate the level of toxicity and if necessary you may be advised to induce vomiting in your dog.

Milk and other Dairy Products

Adult dogs suffer a deficiency in lactase which is a necessary enzyme in the digestion of dairy products. Cheese, ice cream, butter, cream, and milk could see your dog experiencing diarrhea among other digestive issues. If you want to give your pet an equivalent treat, check with your vet.

Thinking of sharing your guacamole with your dog?  That might appear cute but is dangerous in the long run. Avocados contain persin which is toxic to dogs. They will cause stomach upsets, fluid buildup in the chest and breathing difficulties.

The avocado pit is also dangerous. Due to its slippery nature, it could get easily swallowed leading to obstruction.

While nutmeg may be a must-have in the pantry, it makes it to the list of foods toxic to dogs. The spicy scent is likely to attract them and consumption of huge amounts could be fatal. Among signs of its toxicity include abnormalities of the nervous system, tremors, and seizures.

Due to its rapid absorption into the bloodstream once swallowed, alcohol tends to affect your dog pretty fast. Alcohol could cause drops in blood sugar levels and body temperature. Alcohol intoxication in dogs could cause respiratory failure and seizures. The same effect is experienced when dogs consume alcohol-containing desserts as well as dough with yeast.

Caffeine is present in dietary pills, tea, coffee and energy drinks among others. Your dog should never be allowed to consume these as they could lead to a breakdown of the nervous system, heart intestinal and stomach pain. Some of the immediate symptoms include hyperactivity, restlessness, excessive panting, increased urination, heart rate and blood pressure levels.

Junk food, fast food leftovers, and any other greasy foods should never be fed to dogs. High-fat content in foods leads to diarrhea and vomiting. When ingested in large amounts, fatty foods could cause pancreatitis in your dog. Yorkshire terriers, miniature schnauzers, Shetland sheepdogs appear to be among breeds most susceptible to fatty food toxicity.

Yeast and any raw yeast dough are foods toxic to dogs. When your dog ingests yeast dough, it rises and accumulates in its digestive system. The rising process produces gases that lead to nausea and vomiting in the dog. Alcohol is also produced as a by-product. This causes alcohol toxicity and lethargy.

In addition, yeast dough leads to pain and bloating. It could potentially twist causing a life-threatening emergency. In addition, the ingested yeast produces ethanol as a byproduct. This could leave the dog drunk.

Corn on the Cob

While the corn is easily digested by the dog, the same does not apply to the cob. The cob remains undigested and gets lodged in the small intestines. When this happens it could be fatal and removal would have to be done surgically. In addition, excessive corn kennels could upset the digestive tract. Watch out on these to keep your dog safe.

Xylitol is commonly used in a lot of human products as a sugar substitute. It is found in sugarless gum, some cough medicine, mouthwash and in chewable multi-vitamins. Some bakers also use it in pastries and candies.

Mostly recommended for people on a low carbohydrate diet and diabetics, this product can be extremely toxic to dogs. As little as one piece of xylitol gum eaten by a 20-pound dog can be toxic to your pet.

Once ingested, it leads to the fast release of insulin resulting in hypoglycemia. It is exhibited in the form of symptoms such as seizures, general weakness, and vomiting. Extreme xylitol poisoning could see your dog suffer liver failure.

Raw meat and fish contain bacteria that could lead to food poisoning. Specific fish breeds such as salmon, sturgeon, shad, and trout are known to cause fish disease which if not treated can become fatal in about two weeks. To protect your dog from this, cook your fish and meat thoroughly before feeding it. In case you notice fever, swollen lymph nodes and vomiting after consumption, visit your vet.

Allowing your dog to feed on raw eggs can see it suffer from bacteria such as E. Coli and Salmonella. Eaten in excess, raw eggs lead to biotin deficiency which will see your dog suffer skin and coat problems. In case you accidentally drop raw eggs, ensure you clear them up before the dog gets to them. Instead, if you want them to enjoy eggs, cook them for him.

While this may seem odd, salt is among the not so obvious toxic foods for dogs. The source of salt that get to toxic levels is however surprising as it might not be from your kitchen. More often than not, dogs will suffer salt toxicity by drinking too much ocean water, ingesting playing dough or eating paintballs.

When consumed in excess it could lead to neurological problems such as brain swelling, seizures, and poor condition. The condition requires immediate attention by the veterinarian.

While coconut oil in small amounts may be good for things such as itchy dog skin, the nut’s flesh and its milk contain substances that could lead to an upset stomach, diarrhea and loose stools. In addition, coconut water contains high amounts of potassium and should never be given to dogs.

Another common item that makes it to the foods toxic to dogs list is nicotine. You might be wondering why this would make it to a list involving foods. Nicotine is hazardous not only to humans but to dogs too. Dogs have been known to chew cigarettes and suffer the consequences.

The effects it has on dogs is far worse than that of humans. It could cause them an increase in heart rate, problems with the digestive and nervous systems and death in the long run.

Cinnamon has oils which could irritate the mouth of the dog making it feel uncomfortable and sick. It could also lower the blood sugar of your pet when consumed in large amounts.

Additionally, vomiting, fluctuating heart rate or even liver disease could result. It is among the toxic foods for dogs’ liver. Inhaling cinnamon powder could cause coughing, choking and difficulty in breathing.

Nuts that are Toxic to Dogs

Nuts are all around us. They are present in candies and cookies as well as plain nut packaging. While these may be perfect indulgences for the time we crave a snack, there are some nuts that are bad for dogs. Common questions online regarding the same include “are peanuts safe for dogs?” Among some nuts that could lead to upset stomachs and poisoning in dogs include moldy walnuts, almonds, and pistachios. They may also cause intestinal or throat obstructions.

When dogs consume macadamia nuts it could lead to depression, vomiting and cause general weakness. Hypothermia could result in extreme toxicity. These signs will only appear 12 hours after ingestion and could last for up to 12 to 48 hours.

Moldy walnuts can lead to toxic poisoning. The mold contains fungi which could produce harmful chemicals leading to neurological signs such as seizures. Other negative effects of these unfavorable nuts include loss of muscle control, vomiting, and lethargy upon ingestion.

While vegetables such as carrots are a great treat for your dog, there are some that could be poisonous to your pet. Fruits with pits tend to have the ability to produce cyanide once ingested. Some vegetables also may have toxic amounts. These are discussed below.

Among the commonly known fruits known for their toxicity to dogs are grapes and raisins. So poisonous are they that they could lead to kidney failure in dogs. Although it is not certain what it is that is present in these fruits that make them toxic, both home and commercially grown grapes and raisins have toxic reactions.

Food toxicity caused by onions and garlic is most apparent in cats but could also be experienced in dogs if consumed in huge amounts. It leads to gastrointestinal damage and could as well cause damage to the red blood cells.

Seek immediate veterinary care after consumption as symptoms may not be apparent until after some time.

These may be found growing in your backyard or lawn. The dog can also grab some as you take him on a nature walk. Wild mushrooms contain toxins that could trigger negative reactions in the kidney, brain, and liver. It could cause abnormality in the nervous system, vomiting, coma, seizures, and death in extreme cases.

While vegetables are great for our health, rhubarb contains oxalates which are harmful to your dog. It could lead to problems in the digestive system, kidney, and nervous system. The vegetable is common in jams, sauces, juices, pies, and jellies so keep an eye on them.

These have seeds otherwise referred to as pits which could cause obstructions when eaten by your pet. The core of an apple should also be kept away from a dog. This, however, is not the only problem with them. Persimmons are a toxic food for dogs which can cause intestinal inflammation.

The pits in plums and peaches also contain cyanide; a substance poisonous to both humans and animals and which gets exposed when the pit is broken.

While the pulp of cherries is safe, the pit is toxic to dogs as it also contains cyanides. Its plant too is dangerous for your pooch to keep them away from it.

Currants are also toxic and contain the same level of toxicity as grapes and raisins. They could lead to renal failure.

While it is important to know what foods to keep away from our dogs, at times there never is enough dog proofing. This means that at some point your pet may ingest the toxic foods for dogs discussed above. When this happens, the first thing to do is ensure you do not panic. Some of the foods are only toxic when consumed in high amounts.

Begin by evaluating how much of the foods toxic to dogs your pet has consumed. Once done evaluating, give your veterinarian a call immediately and have your dog checked so they can evaluate the level of toxicity likely to be suffered by your pet.