For animal lovers the idea that man’s best friend can feel our pain has no doubts. Now an investigation is giving more weight to this idea. Dogs are able to distinguish between crying and humming indicating that their response is not motivated by curiosity. Crying seems to affect dogs more by creating greater emotions in them, provoking a larger response in relation with speech or any humming. 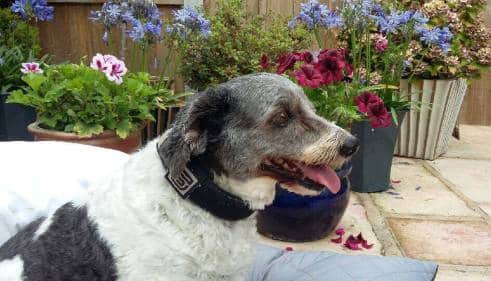 Dogs know what we feel

Dr. Deborah Custance and Mayer Jennifer, both from the Department of Psychology at Goldsmiths University developed an innovative procedure to examine whether domestic dogs could identify and respond to the emotions of humans. Eighteen dogs of different ages and races participated in a test that also involved the relatives of the animals and strange people.

For about 20 seconds they began to simulate that they were crying or talking a normal conversation surprisingly the dogs reacted earlier to the crying stimuli than when the person was talking approaching people who cried as if trying to initiate physical contact. Most of the dogs in the study responded to the person who was crying in a submissive way to try to comfort her. No dog responded to the fact that the person was talking.

Another interesting thing that the study discovered is that the dogs responded to the person who was crying regardless of whether it was their owner or an unknown person. No preferences found. The dogs approached those who were crying regardless of their identity. They were responding to the emotions of the person not to their own needs demonstrating that they feel the pain of the people and seek to alleviate it.